“We are facing a global health crisis unlike any in the 75-year history of the United Nations — one that is killing people, spreading human suffering, and upending people’s lives,” states U.N. Secretary-General Antonio Guterres about the lately emerged Coronavirus - a.k.a. COVID - 19. The coronavirus that infected 1.6 million people worldwide so far is thought to emerge from an animal market in Hubei province of China.  Although the virus has had various impacts so far including economic, social or political impacts, we will particularly talk about the impact of COVID-19 on the way we work. We will talk about the changes on the employees' and the business'  sides and talk about how OKR system may help the situation. We will finish our article with a quick review. Now that you know the issues that we will handle, let's go through them.

What is COVID - 19 and How
did it Spread around the World ?

The virus belongs to the family of Coronaviruses that include the SARS-CoV that appeared in 2002 in Asia and the MERS-CoV outbreak that showed most cases around the Middle East since 2012. The lately emerged Coronavirus - COVID - 19 is on the other hand declared as a pandemic as of 11 March by the World Health Organization. The most significant difference of the newly emerged Coronavirus is that it spreads so quickly with a long incubation period. The fact that people show no symptoms of it during the incubation period makes it harder to detect. Therefore, it even spreads more quickly.

Although, the latest figures show that around 50,000 people have died so far among 1,000,000 infected, the death rate of the virus is around 3-4%. However, the biggest problem is that the virus is fatal for the elder age groups. Daily infographic of Istituto Superiore di Sanità shows that the death rate is 21.3% for people between 70-79, it is 30.3% for those between ages 80-89 and 27.9% for people older than 90. Especially people with pre-existing health conditions such as high blood pressure, heart problems or diabetes, are more likely to develop serious illness.

A timeline of how COVID-19 spread around the world

December 31, Chinese authorities declared that there are dozens of cases without a diagnosis

January 11, The first death inside China caused by the virus

A 61-year-old man who is a regular customer at the market in Wuhan died because of the virus. He had preexisting health conditions such as abdominal tumors and chronic liver disease. The death was just before the national holiday of China, which then would yield thousands of people to travel across and outside of the country. So, the worst was yet to come.

January 13, Virus spreads outside of China

According to WHO, the first case outside of Chinese borders appeared in Thailand on the 13th of January. It was the first warning of a global threat.

United States, the worstly hit country until now, had announced its first case. A 35-year-old man arrived at an urgent care clinic in Snohomish County, Washington, with the symptoms of cough and subjective fever.

At the end of January, World Health Organization declared the Coronavirus as a PHEIC. WHO declared a global health emergency before about the diseases such as swine flue in 2009, polio in 2014, Ebola in 2014 and Zika in 2018. The virus was spreading around the globe but it would still lack a name for 2 more weeks.

WHO came up with an official name of the virus which is "COVID-19". The decleration of the name was nearly 2 months after the first appearance of the virus. The name is an acronym for Coronavirus in 2019. The officials chose the name carefully so that it is not associated with any of the people, places, or animals to avoid stigma.

February 14, The first death in Europe by COVID-19

In February 14, the first death from the novel coronavirus appeared in France. An 80-year-old Chinese tourist died at a hospital in Paris. It was the fourth death from the virus outside mainland China. The death toll in China had reached to 1500 around China, mostly in Hubei province by that time.

February 19, Two cases of COVID-19 in Iran from an unknown source

Iran announced that 2 cases of COVID-19 have appeared on the 19th of February. Hours later, they announced that the cases have become casualties. 2 days later, two new fatalities from the Coronavirus were recorded. The country was soon to become a second hot spot for the virus after China.

Number of reported cases in Italy has grown exponentially in just a matter of days. The reported cases climbed up to 5 to more than 150. By the end of March, Italy would become one of the worst hit countries by the Coronavirus with the highest death toll so far.

The first Coronavirus fatality in the U.S. appeared near Seattle.

A pandemic is a disease that is spreading in multiple countries around the world at the same time. By 11th of March, the cases outside China had increased 11 fold in just 2 weeks. Until then there was a record of 126000 cases with 4600 deaths so far.

Just 2 days after the confirmation of the pandemic by WHO, Trump declared a national emergency in the United states.

Alright, we talked about how the virus first emerged and spread around the world. The virus continued to grow  and reached 1.6 million cases and 96000 total fatalities by 10th of April. It is expected to grow even further and affect our lives in multiple dimensions. One particular dimension would be our way of working which we will talk upon now.

How will COVID-19
Change the Way we Work?

Almost all countries have taken measures against the spread of the Coronavirus. Most of the countries implemented lockdowns which have locked the doors of our offices and started a new era of remote work. Majority of people started to work from home during this severe crisis which brought many questions with it. Some major questions are as follows:

Can we collaborate effectively in online platforms?

Well, if you have asked the question 10 years or even 5 years ago the answer would be a definite no. However, now we have an employee portfolio named as "Generation Z". They have grown up in the era of technology. Although, the classical way of business would need never ending face to face meetings to collaborate effectively, this new generation may show their soft skills as well from the online platforms. That's why the new era of business might just have started right now.

Is work from home efficient in Corona days?

Well, it has some upsides and downsides. However, in general with a good system implemented I would say of course it is. Now the employees are in their comfort zone in which they are more free to do what they want whenever they want to do it. As long as the tasks are followed effectively, employees would be much more creative carrying out the tasks. The quality and the quantity of the work carried out might be increased since now they don't have to commute all the way to work everyday. This would also enable the workers to be more energetic during work hours after a good breakfast at home and a morning coffee. As I said before, only downside is following the tasks effectively which might be done thanks to implementing OKR system that we will talk about later.

Will the changes in the business model be permanent?

Although, we can not say that from now on it will be just home office, there will definitely be some changes. Now we know that people also can work without the boundaries of an office atmosphere. People may callaborate effectively and efficiently.  As long as the individuals follow their tasks, there might be more flexible working hours and days.

Importance of FAV Conditions
to Businesses

Alright, we have covered the employee side of the situation, but what about the businesses? How they can be ready for this transformation in the business world. Well, there are mainly three things that they need to give attention to as a business which are:

The information shared should be flexible

It means, businesses should ensure that the information shared by business should be accessible from more than one location. The system should allow critical business documents to be archived and retrieved from a central place.

The co-workers should be aligned

The system for the collaboration between workers should also be effective. The exchange of information between colleagues has utmost importance while face-to-face contact is not an option. Therefore, the system should be sustainable and it should not have technological downsides such as connection issues.

Information should be visible

Since the teams are working remotely now, the alignment around tasks becomes more important. The transparency of information would enable that by acknowledging the employees around which goals they are working upon.

How can OKR Help
during and after COVID-19?

Although employers can find benefits of remote work, there are some major drawbacks such as tracking some specific tasks and managing performance become harder. At this point an Objectives and Key results software may help you to track down either tasks or manage the performance of employees. The main benefits of OKR are as follows:

Transparency – Objectives and key results are now visible to everyone. Therefore, the people are aware of what others are working on. That would yield an increase in both collaboration and efficiency.

Alignment – Similarly, OKR makes sure that all employees in the company align their work, move in the same direction and reach a common goal.

Focus – OKR helps the employees to focus their attention on the most important tasks for the time, letting them prioritize the tasks to bring the highest positive impact on the company.

Engagement – People strive to achieve outstanding results when they engage in the process with a purpose. As a result of implementing OKR, you can communicate your goals to everyone in the company and receive deeper engagement. 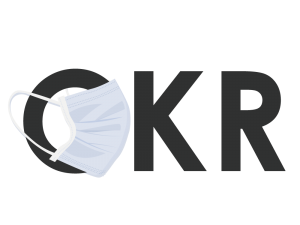 Well the benefits of the OKR seems to fit the needs of the businesses, right? With the changing work style OKR methodology might be much more effective for businesses. It may help following the tasks carried out to achieve certain goals. Therefore, the only downside of remote working might be eliminated thanks to this method.

We are Here to Help

Alright, we have talked about what COVID-19 is and how it spread around the world. Then, we went over possible effects of the virus on the way we work and the importance of FAV conditions to businesses. Finally, we talked about the OKR methodology and how it may help with the new business model.

We, as Corvisio, offer our services for free to health organizations during the fight with the Coronavirus. We should do everything we can to help each other during these hard times. Let's stay at home and beat the disease together by flattening the curve. Let's be patient a little more, so that we may enjoy the good days that are yet to come with our loved ones.